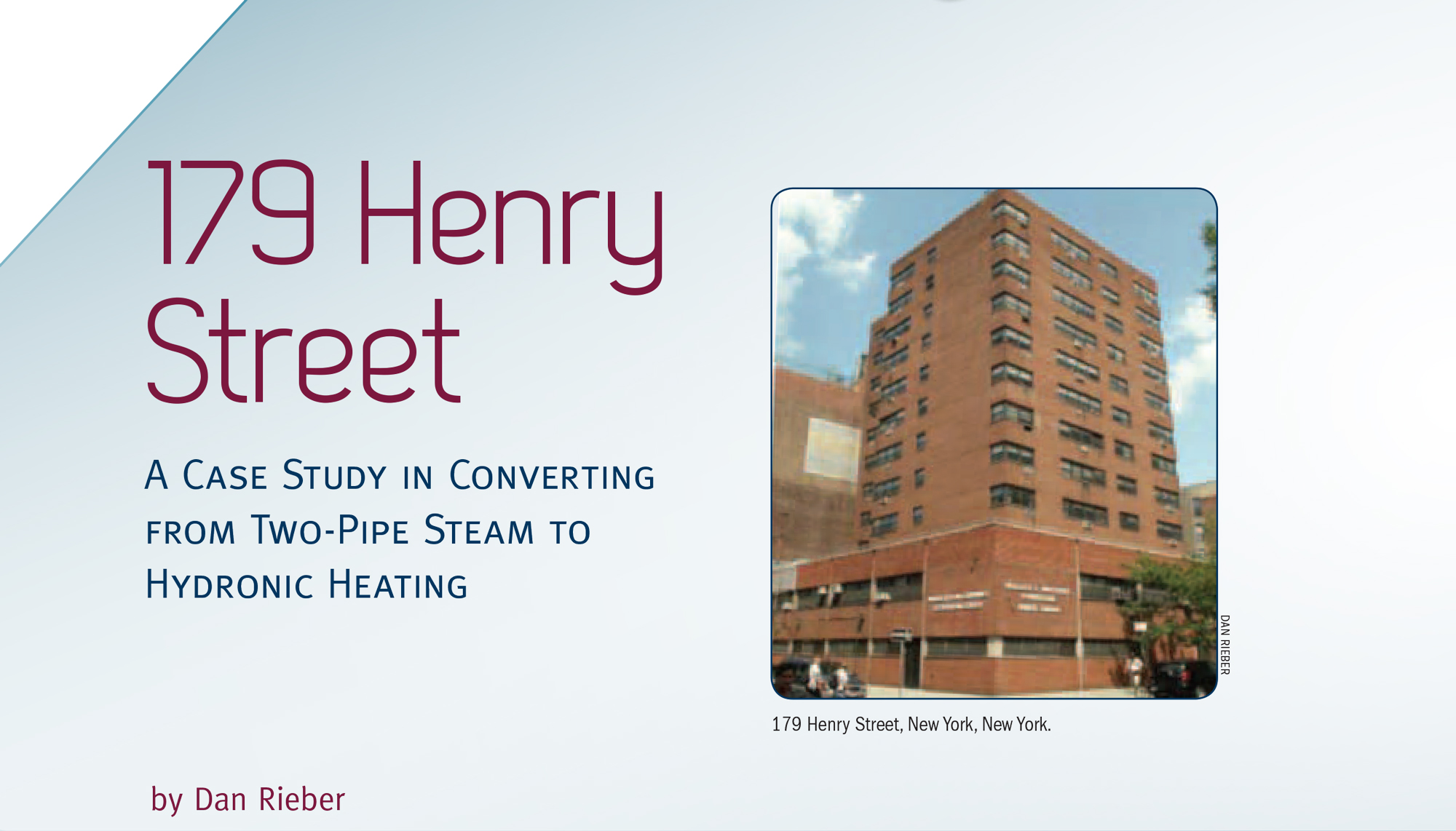 Platinum Energy Group has been recognized by Home Energy Magazine for its role in the successful hydronic heat conversion at 179 Henry St. in Manhattan.

In the most recent issue of Home Energy Magazine, Dan Rieber, weatherization director for the Northern Manhattan Improvement Corporation (NMIC), describes the process of converting the multifamily building’s existing heat to a decidedly more energy-efficient system.

179 Henry Street was built in 1965 with a heating system designed to provide two-pipe steam heat from two large firebox boilers burning No. 6 fuel oil. By 2009, the building was in desperate need of weatherization; its ventilation system, which had never been cleaned, was sucking heat out of the apartments.

A subsequent energy audit determined the building’s aging firebox boilers would need to be replaced; one was inoperable, the other leaking severely. But replacing these boilers without addressing the steam leaks and heating distribution system would have been less than ideal, so a decision was made to convert the building to hydronic heat, a more energy efficient heating system. The real challenge, however, was how to do this with tenants still living in the building.

As heating contractor, Platinum Energy Group worked through the summer, drilling and installing the building’s new heating elements. New boilers were installed while the existing boiler provided temporary service. When New York City Department of Buildings ruled the boiler was not safe to operate, Platinum Energy Group was able to minimize any inconvenience to the building’s existing tenants by providing temporary heat through an external trailer until the job was complete and gas service supplied.

“This job was a testament to our willingness to take on big challenges and our ability to solve problems on the fly,” says Stuart Schwartz, CEO of Platinum Energy Group. “179 Henry Street is definitely a feather in our cap, the type of job I’m proud to show potential clients because it truly represents who we are as an organization and what we want to accomplish.”

Thanks to the efforts of Platinum Energy Group, in collaboration with the Northern Manhattan Improvement Corporation, in the 18 months since the project’s completion, 179 Henry St. has significantly reduced its energy consumption, reducing its energy costs by 33 percent. Perhaps most importantly, with New York City having since banned the use of No. 6 fuel oil in apartment buildings, 179 Henry Street will not be scrambling to meet new regulations.